Visit your nearest grocery store or study the table at any event and you’re bound to come across a bottle of mineral / seltzer water. In a market previously dominated by LaCroix, Perrier and San Pellegrino, cool newcomers such as Bubly, Spindrift and Waterloo have emerged. Topo Chico, formerly a classic mineral water, has significantly expanded its fanbase and diversified its assortment with familiar flavors like lime and grapefruit, although other varieties like blackberry-cucumber and pear-kiwi can also be found.

Most seltzer water options are free of sugar and extra calories, which many people consume on a regular basis, believing that it enriches their bodies.

Many athletes consume sugary drinks on a regular basis, but one should also remember about mineral water. In this case, it is even more important to know whether drinking seltzer water really maintains the level of hydration at the desired level? How does carbonation affect post-workout health and recovery? And is there any reason why I should limit my seltzer water intake when exercising or in everyday life?

Seltzer water, sparkling water and mineral water have long been associated with the same drink. But the equal sign should be placed only between seltzer water and mineral water. Historically seltzer water is a naturally carbonated chloride-hydrocarbonate-sodium mineral water from the German source of Niedersselters in the Taunus mountains. Earlier this spring was called Selters an der Lahn, hence the original name “Selters water”. Surely you will remember the Selters company, which sells such water. Seltzer water has a high concentration of sodium bicarbonate, calcium, chloride, magnesium, sulfate and potassium ions.

Even in pre-revolutionary Russia, medicinal-table mineral water was called seltzer. The name of the water from a particular source became a household name, although in 1984 the German authorities banned the use of the name “seltzer” for all types of mineral water, emphasizing the uniqueness of the source in the Taunus mountains. But this still does not prevent people from putting an equal sign between different mineral water. In Russia, the most popular mineral waters are Borjomi, Essentuki, Narzan.

What sets different brands of mineral water apart is their carbonation methods, water sources, and added ingredients (or lack thereof). San Pellegrino and Topo Chico, whose waters come from natural springs containing the minerals magnesium, calcium and zinc, are considered high quality mineral water. Depending on the water source, they can be rich in minerals to varying degrees.

Artificially carbonated water is often referred to as frothy, sparkling, and effervescent. This is produced by LaCroix, Waterloo and other similar companies. In fact, the artificiality of carbonation is not so bad; it simply means that carbon dioxide was added to the water under pressure to make it effervescent (as opposed to natural carbonation found in some mineral springs).

Good news: Mineral water is digested in the same way as regular water. But before you start filling your bottles with seltzer water, keep in mind that it doesn’t look like regular water. The effervescent effect causes gastrointestinal discomfort in the form of bloating and a false sense of satiety. None of these phenomena are desirable during exercise or running, and can all be exacerbated in people with hypersensitivity in the digestive tract. Also keep in mind that prolonged, strenuous activity often requires fluids that are rich in electrolytes and carbohydrates. In these situations, you are better off sipping on more traditional sports drinks.

Mineral / seltzer water does not affect bone density. However, it can destroy tooth enamel, also causing heartburn because it is more acidic than regular water. The pH level depends on the degree of carbon dioxide saturation of the water (the more bubbles, the lower the pH) and varies by brand: on a pH scale from zero (highly acidic) to fourteen (highly alkaline). For understanding, clean water has a neutral pH of seven, and tooth erosion can occur at levels four and below. The rate of this erosion depends on your personal drinking habits and the strength of your enamel.

So as not to worry too much, you can fight the acidity of the drink by eating something while drinking, or by drinking plain water afterwards. You can also minimize the effects of mineral water on your teeth by using a straw. Also, watch out for citric acid in some drinks, which further lowers the pH.

Even within the same water category, not all fizzes are created using the same methods. The ingredients label speaks for itself, and as with food, the shorter the ingredient list, the better. Carbonated water with natural fruit essences, if you choose the flavored option, should have a minimum amount of components in the composition. Try to avoid sweeteners, sodium, preservatives, and other additives.

And as for the brands Bon and Viv, Truly, White Claw and the rest of the hardseltzers, which are gradually becoming popular, the volume of alcohol in them ranges from 4 to 8 percent, which is comparable to beer. Even the healthiest ingredients in mineral water do not counteract the dehydrating power of alcohol.

So what is the best drink? Mineral water is a neutral drink for athletes: it is absolutely better than not drinking anything, especially when it is consumed in moderation and after exercise; But don’t forget the potential negative effects when consumed in excess, at the wrong time (before a run or workout), or with unnecessary additives (such as sugar and alcohol).

Also, when taking mineral water before meals and in combination with other liquids, individual susceptibility can be traced in different people. Study for yourself how soda affects you at different times of consumption, and find the options that you like and that contain the best ingredients for your body. 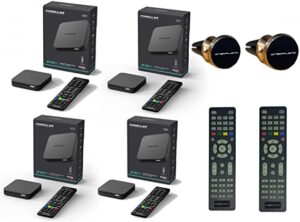 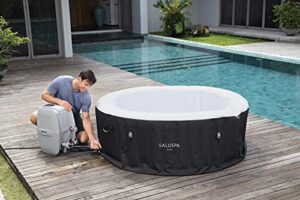